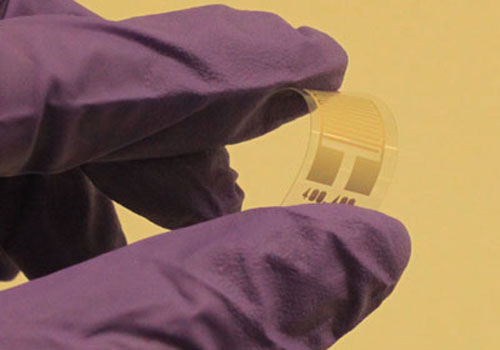 In its research centre in Cambridge, the Finnish company designed an ultra-thin, transparent and flexible device providing a record response time.

A super-fast humidity sensor for mobile phones (enabled when the device is brought in contact with water or other liquids) was created at the labs of the Nokia research centre in Cambridge. In this case too, graphene is at the core of the innovation, after being an object of interest for the Finnish company for some time.

Nokia is, in fact, a major player in the European Flagship Graphene project, which we already mentioned in a previous article. The programme – one of the most ambitious the European Commission has ever embarked on – intends to use a one billion EUR investment to develop the full potentials of this material, and thus revolutionize Europe’s future technology.

The device designed by the company, based on graphene oxide, is transparent, flexible, waterproof, and ultra-thin – just 15 nanometres. This feature, in particular, is responsible for its performance, far above average.

The sensor’s response time, in fact, decreases as the membrane’s thickness increases. In this case the response time is just 100 milliseconds, the lowest ever according to the researchers.

This is an important achievement for the renowned manufacturer, which is considering using graphene also to develop innovative photo sensors. In a not too far away future, ultra-flat camera-phones equipped with very high resolution sensors could be developed using the unique properties of this material.