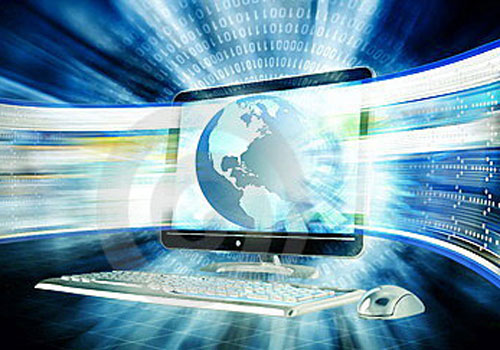 The use of graphene in telecommunications could make Internet connection one-hundred times faster. The study by the Bath University in the UK.

The use of graphene in telecommunications could significantly speed up Internet connections by up to a hundred times, according to a research team at the Department of Physics of the Bath University in the UK.

According to the University’s website, huge amounts of data are broadcast and processed every day using optoelectronic devices, such as optical fibres or photo-electric detectors. The signals are sent by the photons at infrared wavelengths and processed using optical switches, which transform them into light impulses. The process usually takes an incredibly short time, about one thousandth of billionth of second (picosecond). In the study at issue, the research team observed that, using few layers of graphene in an optical switch, the response is almost 100 times faster compared to commonly used materials.

In the future the so-called “wonder material” – thus named for its incredible strength, conductivity, lightness, and flexibility – could revolutionize the telecommunications world.

The findings of the study were commented by Enrico Da Como, head of the research team, as follows: “This quick response occurs in the infrared part of the electromagnetic spectrum, where lots of applications are being developed for telecommunications, security, and medicine, which will have an impact on our society.”

In the long term, this research could result into the development of graphene-based quantum cascade lasers used for pollution monitoring, spectroscopy, and in the field of security.

Click here to read the abstract of the study.