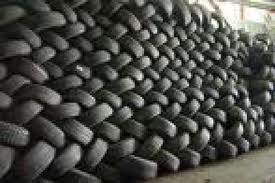 Tires as related to the snow are a hot topic in these days, but not everyone knows that each tire has a long disposal story behind. Meanwhile new graphene tires are being introduced.

About 30 million tires are sold every year in Italy for cars, 2 million for trucks, 3 million for 2-wheeled vehicles, and 200thousand for industrial and farming vehicles. These are roughly counterbalanced by the disposal of equal amounts of End-of-Life Tires (ELTs). According to Ecopneus estimates, about 380thousand tons of tires reach their end of life every year in our country – a resource that offers huge potentials for reuse (tar, energy, sound-proofing, etc.).
Until 2006 most of these tires ended up in landfills. The absence of nation-wide management processes implied a number of criticalities, including lack of control over the global flows of this material through all the steps of the pipeline, no optimization in the different parts of the system (collection, transportation, recovery, and use), and poor implementation of ELTs and derived products.

The Ecopneus founding partners include the six main tire manufacturers and importers operating in Italy: Bridgestone, Continental, Goodyear Dunlop, Marangoni, Michelin, and Pirelli.
Several tire manufacturers and importers joined the founding partners to transfer the duties to manage ELTs under their responsibility to Ecopneus, as defined by art. 4 of Ministerial Decree No. 82 of April 22, 2011.

According to the principle of “producer responsibility” generally adopted in Italy, it is agreed that each company introducing tires into the domestic spare part market is responsible for, and should ensure the management of ELTs for an amount corresponding to the share of tires placed on the market in the previous year. Such responsibility can be fulfilled by the companies either directly or through “associate structures” like Ecopneus. Thus important producers and importers operating in Italy have set up a system that collects tires from generation points, transports them to storage points, and forwards them to the processing and energy recovery plants.
In order to cope with the charges resulting from this duty, also as of December 2011 each tire sold and placed on the domestic market is subject to an “environmental fee,” determined by producers, importers, or associate forms thereof every year to bear the general waste processing costs. The amount of such fee changes according to the type of tire and is paid by the buyer.

Tires – sophisticated objects
Modern tires, invented by Scotsman John Boyd Dunlop in 1888, are fitted today on most road vehicles and manufactured in multiple types and sizes to fit onto bicycles, cars, trucks, and farming tractors, as well as onto aircraft landing gears. They are highly sophisticated objects, which have been studied and improved for about 150 years to ensure the best performance. Their complex structure contains, among other things, metal and textile reinforcements, whose main materials include:
• 45-57% elastomers
• 20-22% carbon black
• 16-25% metal reinforcements
• up to 6% textile reinforcements
• 1 to 3% other ingredients and sulphur.

Upon replacement, worn-out tires can be processed for reuse (usually on less sophisticated markets) or reconstruction to continue their on-the-road life; in these cases they are not waste but, while second hand, these products are ready to start their “second life”. When, on the other hand, a tire has lost the necessary features for safe and efficient performance, not even through reconstruction, it becomes waste (ELT) and is processed for recovery, of which Ecopneus is the main party in charge. Both material and energy can be recovered from an ELT.

Due to the material’s physico-chemical properties, an ELT is fit for use in a variety of applications, either whole or in the form of grains of different sizes. Moreover, its heating power is equal to coal, and it therefore offers a broadly used energy source available all around the world to satisfy the demand of highly energy-consuming industries, such as cement plants or energy/steam production plants, which use it in a variety of forms (crumbed, chipped or whole).

Recovery
Recovery of ELTs can provide both material and energy. For material recovery, ELTs are processed for granulation in appropriate systems: through a number of steps, they are ground into smaller and smaller fragments down to a size of less than one millimetre (rubber powder). The process ends with separation of grains and powder based on their size, as well as with separation of the metal and textile residues that are usually contained in tires.
The latter are separated as “wadding,” which is stored in chests and then sold to companies that process such waste. After the first grinding step, certain elements can already be recovered and used, for example for civil constructions. For final grain separation, gravity sorters and zig-zag sorters are used, which allow to separate grains from the rubber powder – the finest product of ELT grinding and graining.
In the second case (energy recovery) the heating power of ELTs, equal to coal’s, goes to the benefit of cement plants and steam or power producing companies.

Based on their properties and, particularly, on their positive heating power/emissions ratio, ELTs are highly appreciated as substitutes for solid fossil fuels.

Energy from ELTs
ELT-derived fuel has a heating power equal to pet coke or high-quality coal. This is why it is appreciated as a substitute for solid fossil fuels in energy-consuming industrial plants, such as cement plants, thermoelectric power plants, or paper mills.
The main channel in Italy is energy recovery in cement plants, with 5 operating units and about 60thousand tons of ELTs used. Such amount includes single uses or mixed with waste-derived fuel (WDF). At the same time, power production plants in Italy use just more than 45thousand tons of ELTs, both as a single materials and as WDF.

The natural rubber and cellulose-derived fibre content in ELTs – estimated at 27% of their weight by the Ministry of the Environment and of Territorial and Sea protection – allows to significantly reduce the amount of fossil CO2 emitted by the combustion systems that use ELTs as substitutes for fossil fuels.

The low heavy-metal and sulphur content in End-of-Life Tires, as compared to traditional fossil fuels, greatly reduces the amount of these elements in combustion fumes, thus promoting their processing and confirming the environmental impact reduction due to the use of ELTs.

In addition to the benefits related to the use of ELTs as substitutes for coal or pet-coke in industrial combustion systems, a survey of the Portland Cement Association carried out on 31 cement plants in the US highlighted a significant reduction of NOx, SO2, and dioxins/furans in gases produced by the combustion of ELTs partially substituting (maximum 20%) coal and pet-coke.

Recovered materials
The use of ELT-derived materials for applications other than the original one found in time a variety of destinations, with varying fortunes based on time, geography, and economic trends.

Except for the use of whole ELTs in civil engineering, the processing of End-of-Life Tires provides first for reduction of waste volumes, obtained by fragmentation or “crumbing”. The ELT fragments thus obtained, known as “crumbs” and sized 20 to 400 mm, can be used as such (e.g. for co-burning processes in cement plants) or further fragmented for the production of grains and powder. This second “granulation” process provides for ELT breakdown into its three main components: rubber, steel, and textile. The rubber is ground into grains and/or powders, usually intended for material recovery, and therefore needs to satisfy strict criteria in terms of absence of metal fibres (steel) and textile microfibers.

All the products that are potentially obtained from ELT processing change according to the processing technology too.
The most popular approach to produce grain and rubber powder is mechanical crushing at ambient temperature. This process is more cost and energy-effective than cryogenic granulation that, on the contrary, uses liquid nitrogen to cool the rubber to a brittle state. Approaches based on granulation performed by means of very high-pressure water jets are also being developed.

ELTs can be used either whole or fragmented into sizes that vary according to end use.

New graphene-based tires
Today new tires exist, or rather new tires tied to the adoption of advanced, more performing materials: these include graphene, an innovative nano-technological material that exploits the superior mechanical and thermal/electric conduction properties of graphite.
This polymeric nanocomposite material is obtained through a revolutionary low-cost and sustainable production process patented by Directa Plus.
Used as an additive for tire mixes, it improves the mechanical and physical properties of the end product, with subsequent reduction of its environmental impact as a result of reduced carbon black and silica contents in the mix. The final goal is to obtain lighter tires with lower rolling resistance in order to reduce consumptions and improve tire performance.

Rolling resistance is, in fact, a force that appears as a loss of mechanical energy and is due to tire warping in the contact point. While rolling resistance depends on a variety of factors, its main cause is the viscoelastic property of the rubber composites making up the tire, which disperse energy in the form of heat when warped.

Rolling resistance is responsible for dispersion of 20% of the energy consumed by a car (i.e. one full tank out of five). The use of graphene for tires could therefore have significant impacts in terms of sustainable mobility, resulting both from reduced fuel consumption and from the subsequent reduction of CO2 emissions, which are responsible for the greenhouse effect. The addition of graphene to different tire mixes is estimated to have the following effects:
Tread: decreased rolling resistance, improved grip on wet roads
Substrate: decreased rolling resistance.
Side: improved tear and strain resistance. Dispersion of electrostatic charges
Belt: improved grip
Inner liner: improved waterproofing and grip.

This demonstrates that the tires we use – whether new or second-hand – are a great resource for an economy that strives towards environmental protection.