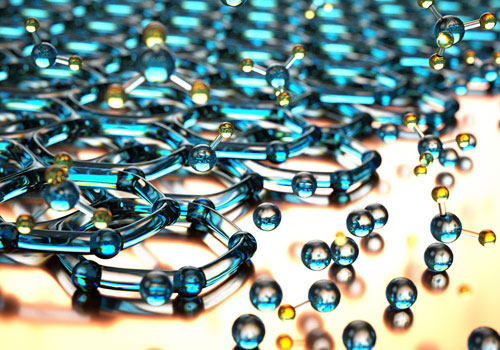 Based on a project implemented by American Graphite Technologies in partnership with the Kharkov Institute of Physics in Ukraine, graphene could join plastics, metal, paper, resin, and even stone in the list of materials processed by 3D printers.

From plastic bottles to stone, the list of materials that can be processed and assembled using a 3D printer is expanding.

However such list does not include graphene, a single layer of carbon atoms whose unique strength, lightness, flexibility, and conductivity could revolutionize future technology.

Lots of studies are focusing on graphene in a broad variety of potential applications in the fields of electronics, biomedicine, and energy, as well as mobility and architecture. Examples include transparent roll-up displays, devices integrating perfectly into the human body, high-yield solar panels, stronger and lighter cars or airplanes.

However, shaping and assembling graphene is not an easy task: this is why producing pieces of graphene of any shape and thickness in a flexible, simple, and quick manner, for example using a 3D printer, would be a great achievement.

To fill this gap and thus speed up the development of innovative graphene-based devices, American Graphite Technologies, in partnership with the Kharkov Institute of Physics in Ukraine, decided to embark in the venture to adapt 3D printers to graphene.

After receiving the approval of the Ukrainian Centre for Science and Technology, the project was launched in early October, and will be followed up by a team of eight physicists.

The study is still at an early stage, but the team is confident: “We have some interesting ideas and, if we succeed, we trust our developments will result into the creation of new and innovative products for the market,” says CEO Rick Walchuk in a release.