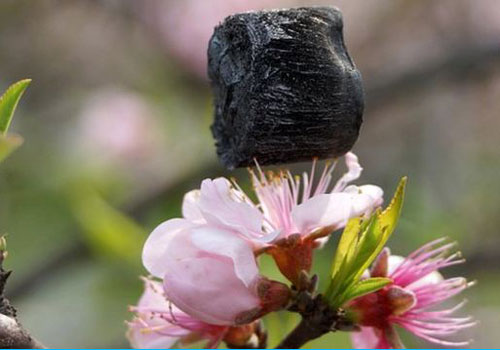 Produced at the labs of the Zhejiang University in China, the new material weighs 7.5 times less than air. Ultra-elastic and extremely absorbing, it could help clean up the sea in case of oil leaks.

The world’s lightest material was produced at the labs of the Zhejiang University in China. It is a new graphene-based aerogel, 7.5 times lighter than air, capable to stand on a blade of glass.

An aerogel is a solid substance similar to a gel, whose liquid component is substituted with gas. It is the least dense material known to date, and research has been going on for years to design lighter and lighter versions of it. The process developed from carbon aerogel, with a density of 4 milligrams per cubic centimetre, to aerographite, with just 0.18 milligrams.

Now graphene breaks the record, allowing to produce a “solid foam” of a mere 0.16 milligrams. By way of comparison, it is twice as heavy as hydrogen – the lightest element of all – but lighter than helium, whose density is 0.1786 milligrams per cubic centimetre.

In order to create a structure of sample canvases, the researchers – headed by professor Gao Chao – prepared a solution of graphene and carbon nanotubes which was then poured into a mould and frozen. To remove the water contents a new method was used instead of classic dehydration, namely freeze-drying (or cryodesiccation). This process allows to dehydrate the solution, leaving the components of the substance virtually unchanged.

The resulting structure was solely made of individual layers of graphene and carbon nanotubes, a sort of sponge that, according to the authors of the study, could have a broad variety of dimensions according to needs – from very small to macroscopic.

The new material has unique properties: it is ultra-light as well as uniquely elastic and absorbing. After a 90% compression, it can revert to the original shape and can “absorb” an amount of oil equal to 900 times its weight, at a 68.8 grams per second speed.

Such combined properties – says Chao – could make it ideal to clean up the sea following oil leaks, with an additional benefit: the crude oil, thus collected, could be recycled, like the aerogel itself that, once “squeezed” and cleaned up, would be ready again for use. The relevant study was published in the review Nature.